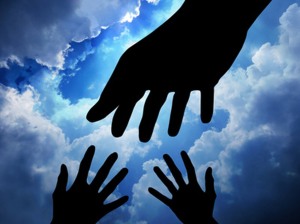 Very few of us have the courage to fight for others.most of us fight for themselves , a
sense of selfishness , pain for others but not for us , greediness , others
should be poor but we should be rich. We should have everything we need but we
don’t care much about others. How hostile this world has become. We don’t want to live but also don’t want to die because we have so many objectives and
so many ambitions that a life of hundred years seem short. We want more and
more and we want more of everything which include our lives. But unfortunately
we don’t have enough time and enough reason for others.

Recently I was going through an article which was about eye donation. How many of us
donate eyes for less fortunate people who can’t see ? Answer is obvious , very
few of us do that. We are about 7 billion people on this planet but very few of
us think about donating our eyes this is because most of us are always tied to
our daily routine and commitments. 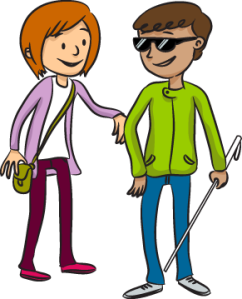 Eyes are life and life is vision. If we can’t see we can’t live. Spare a thought about
those who are less fortunate and can’t see . How different is their lives from
us and how they live. It’s so tough.imagine life without eyes and everything
will be dark. Even a thought about it , is scary. Think about those people who
are without eyes. How tough its for them to survive. How difficult its for them
to perform daily task. How tough its for them to socialise with people on
regular basis. It’s tough.

Think about how simple we can make life for them if we contribute our bit. How easy it can be for them to do their regular task if we help them. How happy they can be if we do something to make them happy. We don’t have to buy expensive gifts for them or give them money or get them a job which pay hefty salary they don’t need. It’s of no use to them. What we should do, is
show them that they are strong and they don’t need support from anyone. We
should make them feel strong and make them feel valuable so that they can do
something with their lives instead they see themselves weak and burden to the
society.

Many times people commit suicide when they feel that they are not important to
anyone , not loved by anyone and not valuable to the society they live in.
Sense of shame and insecurity sinks in and they shy away from meeting people ,
they hide in the closet and refrain themselves from any interaction. Some of
them start taking drugs to release there pain and confidence also takes a hit.

When anyone like this goes through pain it’s critical for us to
show our support to them so that they don’t feel isolated. If we isolate them
then it will become an excuse for them to hurt themselves. And as a human on
humanitarian grounds we show our willingness to help them.

Remember,we will not become strong by pulling someone down but by lifting someone up
the ladder.

People who come forward to help less fortunate are TITANS. They think about others
first before they think of themselves.for them others happiness is first and
their own joy is secondary. For them its important that you smile first , you
eat food first and you sleep first before they think about themselves. People
like these are Titans and its as simple as that because there are not many of
them in this world.

So be a
TITAN.