On 31st of august 1997 came a bad news ,well it was not different from any other day as there were enough of crimes happening around the globe which was quite usual for any given day. but this news shocked me and took me into the dark and made me felt like i had lost something.till morning i was smiling and was getting to go to the school.i remember i was in high school then . i was happy since i was getting ready to see my friend after the summer break and was very excited to go back to the school to learn something new in the class room. it was supposed to be a very good day for me.i got dressed smartly and was ready to leave for the school ,nothing unusual happened in the school either and it was quite a good day.this all was about to change for me.

In the evening i came to know about the shocking news when i swtiched on my television that PrinceSs Diana was dead.it was shocking for me ,it was like that i had lost something valuable something important in my life.it was deeply shocking to me and made me cry a bit but i could not do so since i was surrounded by my family who were also watching the news with me on television. 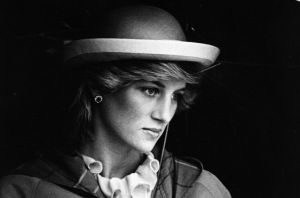 I don’t know what had happened , how the accident took place in Paris , who was responsible for all this, who was following Lady Diana in the car and his boyfriend ,was he drunk ? were both drunk ? was the driver drunk ? were the paparazzi responsible for her death ? was the driver exceeded the speed limit ? or was it just a bad day to drive down the Paris tunnel that night ? i don’t know. i don’t even wana know since its not gona solve any purpose and its not gona bring the dead alive , back to life. enough of the interrogation has taken place since then ,enough of the debates happened since then but to what ?the person who lost her life was someone’s daughter a mother and valuable to someone in this world and yes she was my dream woman.

I have grown up watching Lady Diana when i was in my teens in school ,for about 15 years i followed Lady Diana and i was simply astonished by her aura and by her charisma.even today when i think about her and think about the days when i was mad about Lady Diana or was in love with her ,it brings smile to my face and makes me believe that yes she was the one who once lived on this earth. it was not only my story many students like me male or female were big fan of Lady Diana.

Ah ! those were the days , i cant forget.

Lady Diana helped me to write my own defination of a kind of woman i always wanted. oh well, i was quite young to take that decision on my own ,i was quite young, in my teens but had relationships which never used to go beyond 3-4 months since my attractions kept on changeing for girls i was dating then in my shcool.you know the teen thing how it works in schools days. so i never paid really huge interest in my flings or so called relationship but in my heart Lady Diana always lived who gave me inspiration to find a woman who i always wanted to date with and wanted her to be a part of my life.

What can i say about this Princess. i don’t what had impressed me about her but she was indeed an amazing woman. she was charming,had amazing personality , beautiful and above all she was people’s person.even with all she had with the royal family, she reached out to people, she knew their nerves ,she knew the people. it was like she knew all of them personally. she travelled all across the globe met big names and did so much for the mankind.she was a kind of woman any man had desired for.i was not an exception.oh boy only if i had a wish to do one thing in this world to have lived a life of 100 years , i would have devoted my 70 years to Lady Diana.

Yes i was in love with Lady Diana , i loved her so much that after her death i had to see the entire broadcast of her funeral as i took a day off from my school. i had to devote only one day to her of my life rest goes to my memory bank where Lady Diana still rests.she was an amazing woman and when Elton John sang ‘Candle in the wind’ for her , he cried for her , the entire world cried for her , i cried in my room but i was proud of myself for being in love with a woman who made me strong and made me believe that yes if there is a passion you can realize your dream but above all you should become a good human and then reach out to people and see how you can help this world to make it a better place.

People like her visits this planet once in a life time and i am pleased to have lived and share the same space with Lady Diana and she was my princess.