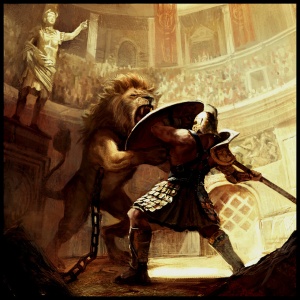 Think you are an extremely lucky person on this planet ? think again ? there is no such thing as luck. luck does not exist .even then we humans are fool enough to talk about luck.you must have heard people saying ” hey i make my own luck “, ” he got so lucky all of a sudden “, ” poor fellow was so unlucky to have lost every thing in life ” .

No this is not how you describe the events which always takes place in your life in and out.

Luck is just a word which can only be describe as an expression of what have happened in our life.there is no such thing luck.its just another word from the great English language ,just another word in the dictionary. just another way to describe our own self and we do this all the time. all we talk about is luck.things go wrong with us ,we never blame ourselves we blame our luck.we loose jobs,homes,property,we encounter problems in relationships, we get financial problems,medical issues.here or there luck always comes in between and we never blame ourselves.we always blame luck.

How can you blame something which does not even exist ? you simply can’t.

May be we humans are not advanced enough to talk about luck ,may be we are not strong enough to face the reality without luck,may be we don’t want to change the course of our life since we leave it on to luck.we let our luck decides the shape of our lives.we talk like ” i never did anything ,its my luck, i got lucky or i got unlucky ” . no you don’t get lucky or unlucky you just reach where you supposed to be.

You don’t get lucky or unlucky you just reach where you supposed to be.

What i am trying to say here is our actions which we take in our present lives decides the course of our life,how our life is going to shape up in the future is completely dependent on what we do at the present very moment.this is what decides the outcome of our actions.luck stands nowhere in it.infact its not even in the picture , it does not exist.

Humans have this in their nature ,an attitude to fight.we fight for almost everything.you name it and we always try to get it fighting.tons of wars been fought in the past in pursuit to become supreme.those wars have changed the course of this planet.now that’s just not luck.it happened because we humans wanted it to happen.

When a baby is born he has no sense ,he has no idea about what’s going on around him.he just remains in himself.as he grows up a little a fighting spirit starts gaining strength in him.now this goes to every single man on this earth.every single person born is instilled with fighting attitude.how long you can go on fighting depends on individuals.some fight more and some fight less.but when they fight one should fall down.but what happens when both don’t give up and keeps on fighting.both can’t be winner ,winner is only one ,only one wins is the man who called as winner ,if there is a winner there has to be a looser.

when no one falls ,things have to become complicated.two warriors fight till death ,its not luck which brings them together to fight at this very moment but because they choose it to.life is fight and fight is life.no warrior has ever won without a fight.we can’t simply say that the world has come this far just because of sheer luck.humans along with this living planet earth together have come this far only because humans choose to fight,we say humans choose to stay together but still fight till the end and to never give up.to never shine without a fight ,to never back down.

when no one falls the journey continues.this is not luck ,this is where we supposed to be ,this is because no one has fallen.

One thought on “when no one falls”