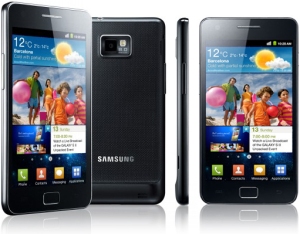 You know something strange things happens to me.life is just so unpredictable but it gives me nice surprises.it happens to me when i least expect it to happen.but it all depends on what step i take.i take my decision and thinks its gona pay off and it does ,most of the time.it happened to me in london also. when i was still a student doing my course in film and video production ,enjoying tough but free life in london under the snow ,rain and cloudy weather most of the time . Ah !!  i miss it so much.so yes , i was doing my usuall routine,going to college and then home ,college and home.what i noticed that most of the students were carrying laptops with them.some of them had netbooks to use in the class room.we had wifi connectivity through out the premises to enjoy internet.but unfortunately i had no such tool to work on the internet.so most of the time i had to be dependent on the lab kiosks and above all had to wait for my turn to do browsing.but anyways i never cribbed about it but yes it was troublesome.

I also had this desire to buy a laptop on my own.i wanted to have this machine which looks really cool in your hands and there were so many options for me to choose from.it was not a requirement for us to carry laptops at the college but if we wanted to take notes and do net surfing at the same time , it was useful.so i also decided to buy a laptop.but the biggest question was, do i have enough money in my pocket to buy one? how much its gona cost me ? should i buy one or should i skip ? is there any real need to buy this machine ? tons of questions were playing in my mind.but i was still not confused , i was just scared.i was thinking of my future though i was living in the present but i was just thinking, if i will buy a laptop now for close to 600 £ ,how much its gona affect me in future ? because surely i will run out of money once i will invest this much of amount on laptop.

On so many occasions i went to Currys ,HMV or Apple stores to look at the laptops or say for window shopping.but that’s all  i was doing ,a window shopping.i used to felt so helpless coz i had very less money ,not enough to buy a laptop for myself.i was still a student ,not working full time to make 1000 £ a month. whatever i was earning as a student working part time was good enough to survive in london,to pay my rent,to pay for my transport and for food.not good enough to buy something this expensive.

But i had already decided that i will buy a laptop for myself and that too with my own money and on my own.i knew lot of sacrifices needed to be make in order to buy one since its not coming any cheap.lots of adjustments needed to accumulate money.i was ready for this pain because i knew that the outcome of this pain will make me happy immensely.so i started using bus transport instead of tubes or u can say london underground train.i ate less ,once in a day to save more money on food.i did’nt do any shopping on clothes from Primark which is london’s most reasonable retail chain.i worked more during my christmas vacations and during my college after hours to make more money.in the process i became weak and it was showing on my body.my friends told me dheeraj you have lost lot of weight,what’s going wrong with you ? i used to reply back with a smile ,” i am loosing something to gain something “.No gain without pain.it was tough going for me.because i had lost my health immensely.close friends of mine were worried about me .some of them even offered me food on my birthday as my birthday present ,it was such an honest gesture.but i knew i am doing this for a purpose ,for a reason which i am gona achieve.

Slowly and slowly within six months i accumulated close to 600 £ in my bank account.i was so happy to have this much money with me which i could use it anytime i want.i always wanted to buy an Apple laptop but i knew it gona cost me a way lot more than what i have with me. i also went to stores to do research.the cheapest one available in the market was 750 £ .still 150 £ more than my account balance.i shifted myself to windows laptops.i have been big fan of windows operating system.so i decided, let me buy windows its good too.why i was so keen to buy apple laptop because i was into film and video production and apple laptops supports video editing and sound designing.but to buy a strong machine to support video production ,i really had to look beyond 1500 £ ,which was out of my strength. 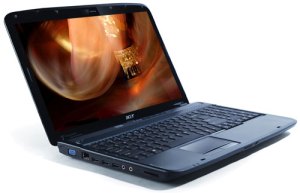 I thought ,let me buy windows laptops and i will install windows operated video editing and sound designing tools ,there are so many of them available.so i decided a day to buy a laptop with the amount of money i had in my bank.

It was saturday.i woke up early , it was chilling but i had this excitement to buy a laptop today.but i still left in the afternoon.i went to Goodge street shopping stores which had all the electronic equipements available.i browsed some of the stores , said no to them and stopped by one store.i got my hands on Acer laptop with very high configuration for the price of 500 £ . it was a good bargain and i was so happy.jumping up and down ,i had owned a laptop now.i called my father immediately to let him know that i bought a laptop.

I never thought i will buy a laptop in london under tough conditions,when things were very easy for me in india i never bought one.buying this Acer laptop which i am still using and which is close to my heart has tested me to the hilt.i knew that making sacrifices for the cause or for a purpose will give me fruitful results later.thats what had happen with me and it was one of those days when i was feeling very proud of myself.

This Acer laptop of mine has played an extremely crucial role in my relationship with my lady love named Alexandra.oh i love her so much.(muaah muaah ) 🙂

Something similar happen to me again here in mumbai ,india.

I badly needed one good smart phone to use ,where i can find everything in one device.i had gone through some options but it was tough to make my choice coz there were so many.which one was the best of all ,it was a tough call to make.since all of them were equally good.

I thought may be i should buy HTC .HTC has come up with some amazingly good looking Android based smartphones.i also spoke to my girlfriend about it and told her the phone i am going to buy would be HTC desire hd or HTC incredible or may be HTC sensation.

But out of no where i came across Samsung Galaxy S2 advert online and i browsed through the features. i loved it. i simply loved it.i decided to buy this smartphone. i watched youtube video’s , read reviews ,came to know that this mobile device been termed as the best smartphone in the world.but it comes for a price tag of 32 000 rs which is a lot of money for indian market for a mobile device.

Call me crazy , i wanted to have best so i got the best .may b like my girlfriend always says universe is listening,at that moment universe might have heard me and i bought this device for the price of 30500 rs from the mobile store.i am very happy with it ,it keeps me organize ,lots of stuff at my disposal ,internet connection keeps me in touch with my baby all the time (muaah muaah ) 😉

I believe in long term investment.i bought this device only because i know its gona help me in long term.most of the people said why had you bought cell phone this costly ? i only said ,i bought it because i wanted the best.and there i have the best smartphone in the market.i own one now just like the way i owned my laptop in london under tough conditions.

Life is tough ,its always been and it will be always. but it should not stop you having the best out of  life.there are so many things which can make your life easy ,organize and happy ,world is way ahead now . we are gaining new heights in technology ,though it was supposed to make our lives but rather it has become more and more complicated.but man will never stop.so we should always keep pace with time and technology and make our life more and more the way we always wanted it to have.a fruitful and joyful life.